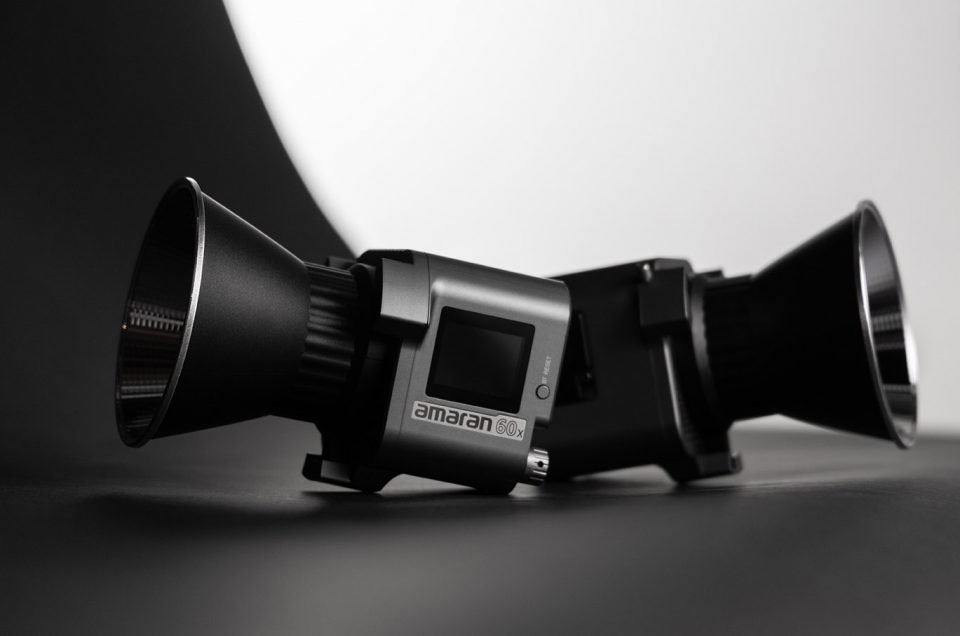 Designed to meet the versatile lighting needs of content creators, videographers and indie filmmakers on the move, the COB 60d features a 65W daylight output; the COB 60x boasts 65W bi-colour output. With dimensions just over 11x11x11cm and weighing in at just 675g, they’re both surprisingly bright for a fixture roughly the size of a camera: the 5600K daylight CCT 60d reaches up to 45,100 Lux at one metre with the specially designed 15-degree Hyper Reflector (Mini), with the 2700K-6500K CCT 60x similarly achieving up to 37,775 Lux.

Convenient versatility
Despite these notable differences, they share a slate of important practical features, including full Bowens Mount versatility and the ability to maintain impressive colour quality with CRI and TLCI scores of 96+. Both feature an intuitive LCD screen plus a control knob that can be used to adjust the light in precise 1% increments and to toggle through intensity presets. Integrated Sidus Mesh technology allows them to be controlled by the Sidus Link app, so you can adjust settings without ever leaving your camera.

They’re both compatible with a wide range of modifiers – including the Aputure Light Dome SE, Light Dome Mini II and Aputure Lantern – and along with the included AC power supply, the COB 60d and 60x can be powered using a dual Sony NP-F battery plate or a D-Tap battery, which attaches easily to the V-Mount quick release on the side of the unit. And thanks to an ultra-quiet active cooling system, you never have to worry about unwanted noise interfering with your audio while shooting.