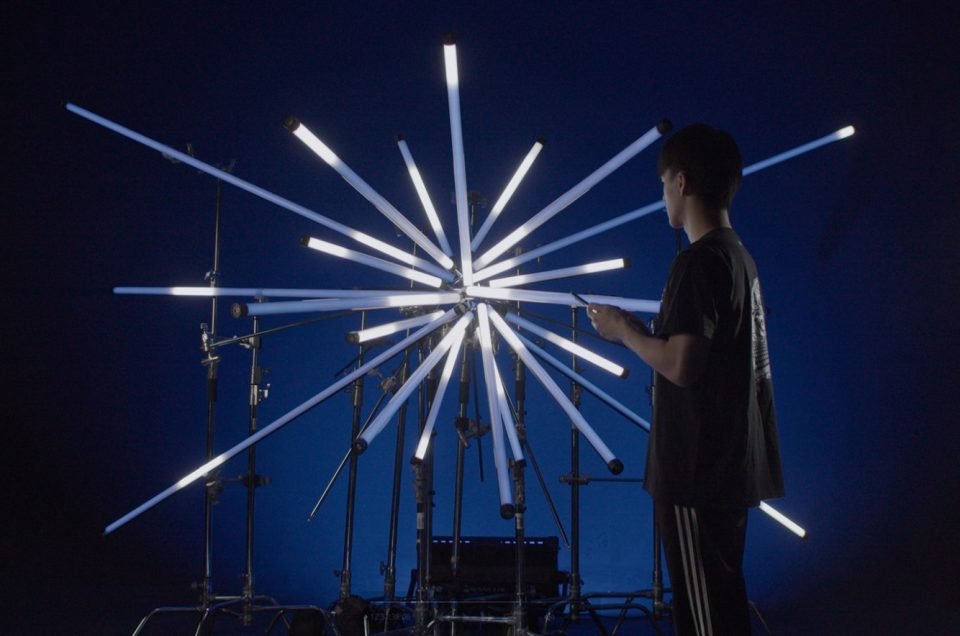 The upgrades include, RGBWW LED tubes capable of replicating up to 36,000 colours, colour temperature range of 2700K – 12,000K with green/magenta adjustment and CRI of 97 and TLCI of 98.

The new Pixel Control mode will allow users to control the light coming out of different parts of the tube, a feature that is normally found on much more expensive Tube Lights.

The built-in battery has also been given a boost with users now being able to run the light for up to 29 hours at 1% power or 2 hours at full power with a recharging of between 3 to 3.5 hours.

Onboard lighting controls have also been moved to the back of the light and now support DMX, RDM, Bluetooth and 2.4G wireless control.

User will also be able to control the lights wirelessly via the new NANLINK APP for iOS (available now) and Android (available soon).

The app will allow users to control existing Nanlite fixtures wirelessly, including grouping them, launching presets and more.

Here is a quick list of which features can be controlled on the PavoTube II X via the app:

Here is a quick list of which features can be controlled on the PavoTube II X via the app:

In addition, users will be able to control the PavoTube II X, as well as other Nanlite/Nanlux lighting fixtures with the new NANLINK Wireless Control Solution and Transmitter Box which we talk about below.

Nanlink is a new wireless control solution that can merge 2.4ghz radio control (for legacy devices) and modern smart device Bluetooth options that will work with lights from NANLITE or NANLUX as well as older legacy products from LEDGO and Nanguang.

The smartphone control app provides the ability to extend the onboard functionality of all Nanlite fixtures as well as control other lights from Nanlux by using a multi module wireless system to enables smooth communication between Bluetooth and 2.4ghz radio frequency.

The NANLINK transmitter box allows users to easily control all legacy Nanlite fixtures (as well as LEDGO and Nanguang fixtures) that work over the 2.4G Wi-Fi frequency as well as newer products such as the PavoTube II X series.

The transmitter box itself is compact and lightweight and features an internal battery that is rechargeable via the USB-C charging port.