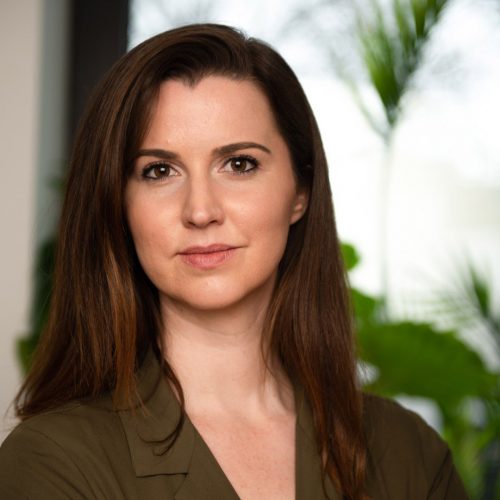 Working in both documentary and comedy, Victoria Lean is an award-winning writer, director and producer whose keen artistic sensibility and forward-thinking approach earned her the Vanguard Award from the Documentary Organization of Canada (2017). She recently produced, wrote and directed We’re All Gonna Die (Even Jay Baruchel) a six-part documentary series about existential threats to humanity, which premiered at Hot Docs (2022) and is now streaming on CRAVE. She has an upcoming original documentary for CBC called The Climate Baby Dilemma. She also produced I Like Movies (TIFF 2022) and Nirvanna the Band the Show - which the National Post called “the best Canadian TV show in the last two decades.” It also premiered at TIFF and was broadcast in Canada, the US, the UK, and Australia. Her writing and directing work also includes popular digital documentaries, such as Inside the Anarchist Commune in the Rainforest, which garnered 10M+ views on VICE. For CBC Gem, her episode of Farm Crime (the platform’s most streamed original unscripted series), received a “most disturbing” shout-out in NOW magazine. The publication included the series as one of the “25 most binge-worthy TV shows of 2018.”

All Sessions by Vicki Lean